If we move back to the days of mobile, there was just one way to give your valuable users the performance and features they expected. You had to utilize each platform’s native toolset.

Of course, that came with real and measurable trade-offs:

Costly native developers Meanwhile, demand for mobile experiences continues to grow exponentially. By 2022, 70% of all enterprise software interactions are expected to occur on mobile devices.

Given the time as well as the cost of traditional native development, there is no surprise that many development teams are struggling to keep up with this demand.

Thankfully, times have changed. As mobile and web technology have evolved, the hybrid has emerged as a viable alternative to Native. Many are now looking at hybrid development as a way to simplify and speed up app creation. Let’s take a look at the reasons for this shift.

The choice to go hybrid

The growing adoption of hybrid is evident in a recent Forrester survey that found two-thirds of developers are choosing a cross-platform or web-based approach over native tools. Meanwhile, top brands like MarketWatch, Nationwide, and Southwest Airlines have adopted a hybrid approach over native to power apps for their customers and employees. The top-most reasons for making the switch from native to hybrid, based on independent research as well as testimonials, are:

Reduced development times and the avoided costs of hiring and retaining specialized native talent can save teams 60% or more compared to native3.

Put together, the pros of the hybrid have helped teams of centralized development close the gap and better satisfy the demand for mobile applications for customers as well as internal employees.

What is a hybrid app?

Hybrid apps are native apps. They’re downloaded from the platform’s app store or marketplace and offer the same native features, offline support, and hardware-based performance acceleration as any app built with a native SDK.

The major difference is that hybrid apps are built using open web technologies like HTML, CSS, and JavaScript, rather than the proprietary or specialized languages used by iOS, Android, and others. That implies that anyone with a modern web developer skillset can begin developing an application using the hybrid approach.

Hybrid apps run in a full-screen browser, called a web-view, that is invisible to the user. By customizable native plugins, they can access the native features of specific mobile devices (such as the camera or touch ID), without the core code being tied to that device.

That implies cross-platform hybrid apps can run on any platform or device, all from one codebase, while still delivering native performance.

In the sections that follow, we will provide a one-to-one comparison of hybrid vs. Native, highlighting the advantages and disadvantages of each approach.

It’s significant to keep in mind that the decision to choose hybrid or Native should be based on the unique goals of your company, the circumstances of a given project, and the composition of your existing development team.

There is no doubt, that we’re betting big on the power of the web & the promise and potential of cross-platform hybrid development. But we comprehend that individual circumstances should drive which route you choose.

We hope this comparison guide will give you some useful tips to help you choose the right approach for your next project. But keep in mind, that there are often multiple rooms to accommodate different methods in a single organization. It’s not always an either-or decision.

Obviously, hybrid applications are not without their drawbacks:

The utilization of the review may introduce a degree of overhead compared to Native. In recent years, the abundance of performance APIs, as well as increasingly powerful hardware, have made this less of a factor, but it’s still something to consider. For most apps, the difference in performance is hardly noticeable. However, for 3D games and other performance-intensive applications, a hybrid solution may not be the best choice.

Cross-platform solutions such as Ionic, React Native and others can access nearly every important feature of a device, such as a camera or a gyroscope, by utilizing native plugins that unlock native device features & integrations using basic JavaScript. In a hybrid application, open-source Cordova & Capacitor plugins are the most famous solution to this problem. The utilization of these plugins does add complexity to development. Ionic gives a curated library of famous plugins known as Ionic Native, with optional support & maintenance for teams building mission-critical applications. Nonetheless, this is a factor to consider.

Choosing a cross-platform approach means you’re placing trust in the maker of the framework vendor (whether it’s Ionic, React Native, Xamarin, etc.) to keep up with the latest as well as the greatest native features & design patterns of each mobile platform. While Ionic is committed to keeping up with new Android as well as iOS versions, there is still a dependency any time you choose something other than the native SDK.

For many mobile developers, native is still the preferred approach. And there are some excellent reasons for that. While it is based on the legacy of having few viable alternatives, Native still has its advantages today.

Native code is still quicker than Javascript & HTML. This matters when developers are looking to build demanding graphical applications such as games and other intensive animation applications. To bridge the gap for these kinds of intensive apps, mobile browsers are coming closer to using WebGL specifications; however, native still has the benefits here.

Using native SDKs permits the developer to access the latest features specifically designed for those platforms, without the complexity of dealing with native plugins. This is a tremendous option if you’re already familiar with native tools & languages and don’t want or need an additional layer of abstraction.

By developing exclusively with native SDKs, app developers aren’t bound to any 3rd party to keep up with support, and there’s not as much of a dependency on open source communities such as Cordova to keep up with the latest features.

Here are the most frequently cited concerns associated with native development:

Usually, Native apps have longer development cycles, especially when building for multiple platforms, which requires 2 or 3 different code bases for iOS, Android, & desktop. Each platform has its nuances that require specific changes, updates, & maintenance, which bloat the cost of an app and add development time. This creates lots of iterations within the process of development in order to customize as well as test for each platform; not merely this it reduces your agility to launch your application or push updates.

Developing mobile applications natively can be expensive and time-consuming, mostly driven by the time it takes to build for each platform, along with the cost of hiring and retaining highly specialized native talent.

Creating custom User Interface components to match your industry’s design system or pattern library can be more challenging with native components as you’re limited to the design patterns supported through each platform. And unlike web components, native components cannot be shared outside of their native platform, so you will be required to maintain multiple UI libraries.

Finding and hiring iOS & Android developers are quite difficult, given that less than seven percent of all app developers are versed in the necessary programming languages. It’s also not an easy task to repurpose those app developers for other projects outside of mobile.

While the multiple cross-platform frameworks available today — Ionic, Xamarin, Flutter, & React Native — may appear similar on the surface, there are a lot of differences b/w them that you’ll realize as you dig in.

To summarize very briefly, Ionic Framework & tooling are all based on open web technologies, from the languages that you use to develop Ionic apps (HTML, CSS, JavaScript), to the standards-based UI components running inside your app. In that sense, when you opt for Ionic, you’re really wanting the web — the most time-tested, universal runtime in the world. You develop with the internet, & we give you the tools & component libraries to assist you in succeeding.

Most of the other frameworks add some level of custom User Interface rendering to work across platforms. For instance, React Native translates your JavaScript code into native code at runtime & uses the native User Interface elements provided by iOS & Android. Flutter works with the Dart language & utilizes its own custom graphics engine to work across devices.

Each approach has its advantages and drawbacks, which typically come down to debates about code sharing, performance, customization, & portability. There is a lot to cover here, so if you are interested in learning more.

Are you interested in building mobile & web progressive mobile apps then check out one of the open-source Ionic Framework at Ionicframework.com?

On top of that, Ionic is an end-to-end platform to assist professional app developers & teams speed up and simplifying app development & delivery across mobile, desktop, & the web.

Nowadays, Ionic is powering apps for major brands such as AAA, GE, Amtrak, Burger King, & Target, along with popular consumer applications such as Sworkit, Shipt, & Untappd. Ionic is backed by a vibrant community with millions of app developers all over the world, and thousands of global meetups, forums, & community-driven events that make it easy to learn and grow with our platform.

If you are wondering which industry or enterprise has been using Ionic Framework to develop their app, then you may check the Ionic Enterprise solution at ionicframework.com/enterprise/customers

And to get started with Ionic framework development you may check free open source and code on the GitHub repository at:

Cheers! I hope this post might give a little information. This content took reference from the Ionic Framework official site, So for details and to start with Ionic you may check their official website. 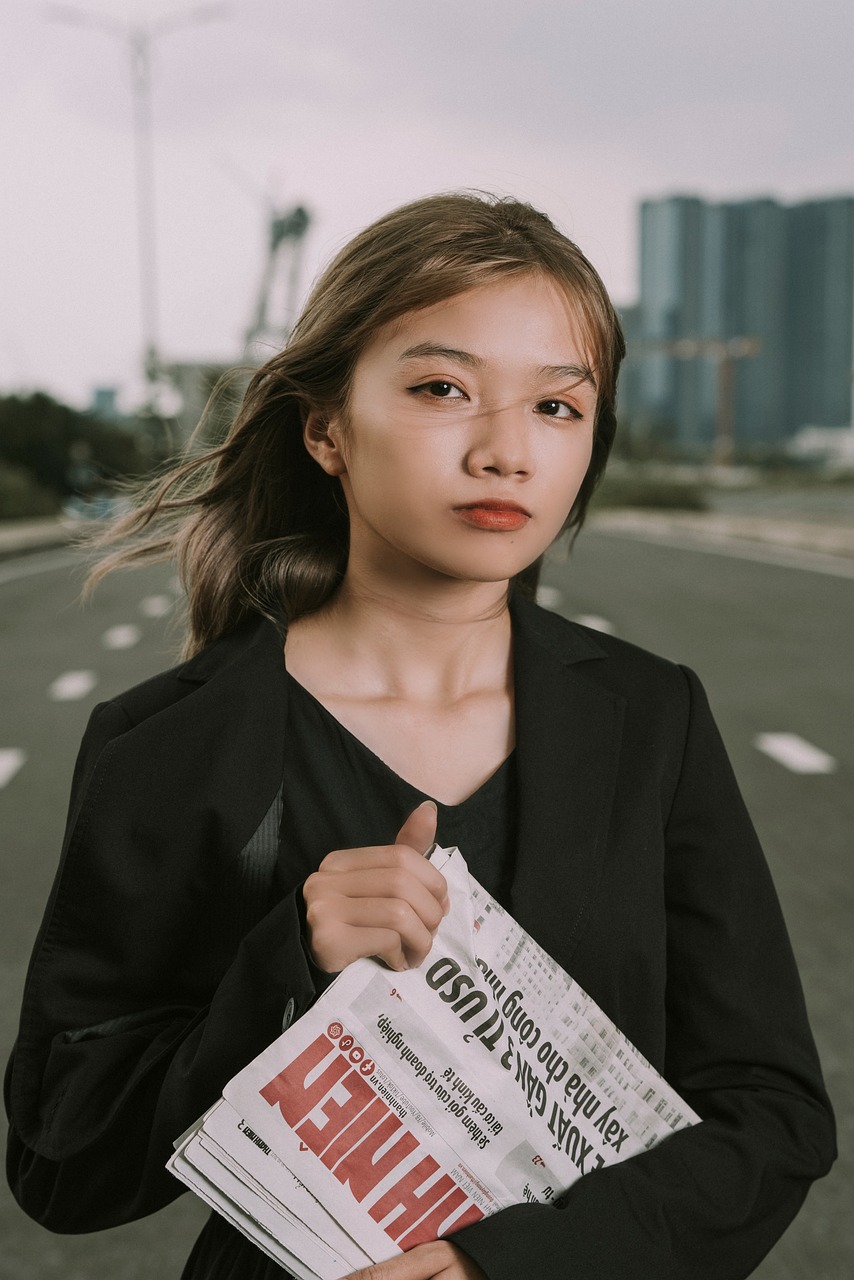 Share your project ideas with us. With an out-of-the-box strategy, we shall help you build a truly innovative product to grow your business.

What is the Internet of Things? Learn more all about the great IoT is a game changer

A guide about What is the Internet of Things (IoT) is and how does it work in our real-time applications. With the Example of an IoT system.